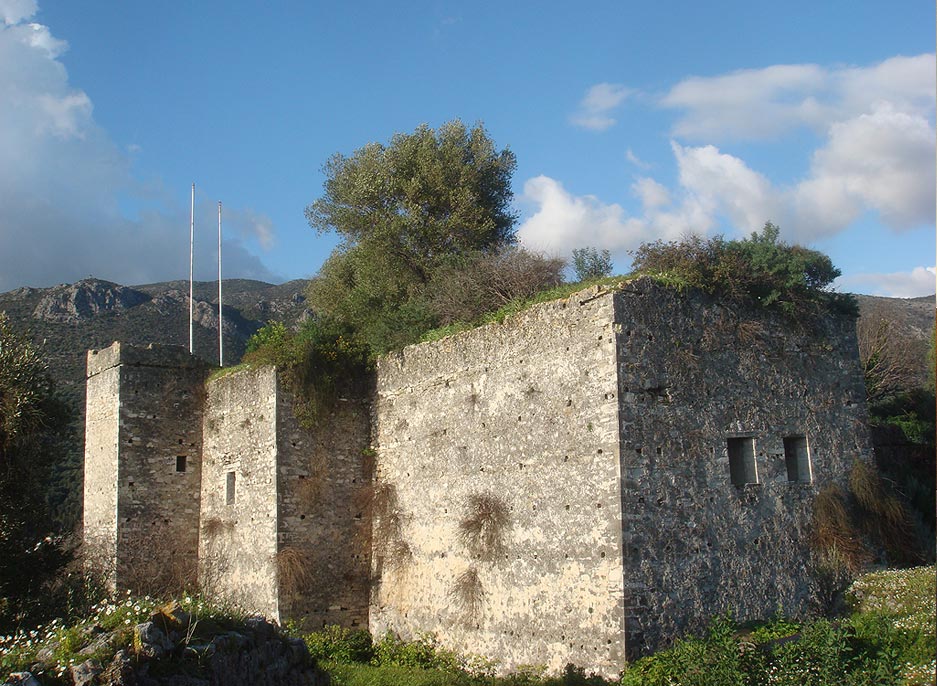 Built on the top of a small steep peninsula between Valtos beach and Parga, this castle can justifiably be regarded as landmark of Parga. During the 400 years of Venetian dominion, it was demolished and restored a number of times. The pirate Barbarosa was the first to destroy the fortress. In 1567 it was rebuilt by the Venetians. The Turks attacked it in 1571 and the Venetians restored it once again after the sea battle in Nafpaktos. It remained impregnable until 1819 when the people of Parga were forced to desert it in order not to be enslaved by the Turkish ruler Ali Pashas.

In 1913 the Greek army managed to liberate Parga. On 22 May 1930 the holy relics, the ashes of the ancestors and the flag, which the citizens had taken along with them to Corfu, were transferred back to Parga and are now kept in Saint Apostle Church.